CANopen SoM (System on Module) implementations from different vendors provide instant access to digital and analog input and output data as they directly implement entire device profiles. These plug-in modules keep the development time of a CANopen device to a minimum.

The CANopenIA-M0 system on module implements 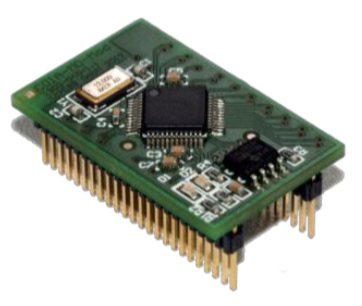 the CANopen protocol compliant to the CiA standards

The CANopenIA-M0 is based on the NXP LPC11C24 32-bit micro controller (ARM Cortex M0). This is a derivative with integrated CAN transceiver which minimizes the external components needed around the protocol chip. The Cortex architecture in conjunction with the optimized firmware design results in a very high performance. Internal processing times between I/O and CAN are down to 15 micro seconds.

This high performant and ready to use CANopen solution is available as a chip or as a module. The module has the chip's glue logic for clock generation, a serial EEPROM to store the configuration data and two LEDs to signal the CANopen state. Entries in the object dictionary, the I/O ports and the SDO and PDO behavior CAN be configured with a provided setup utility. Advanced configurations can be generated with the CANopen Architect editor for Object Dictionaries and EDS files. 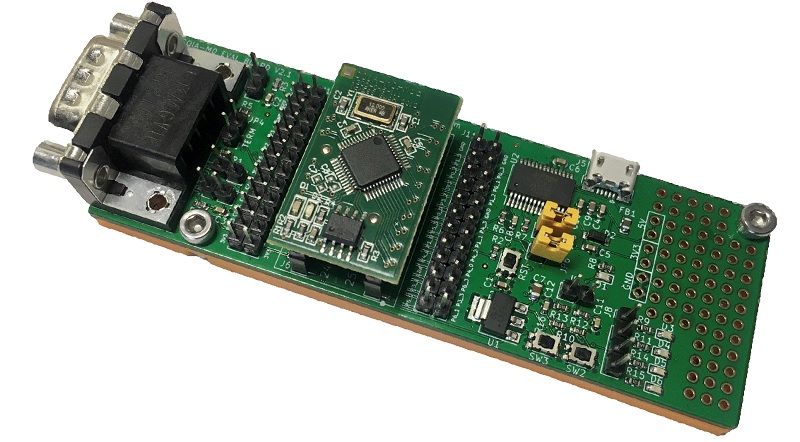 The CANopenIA-M0 Starter Kit provides the basic components to operate a CANopenIA-M0 module. The basic features provided by the board are:

For configuration and test any PEAK PCAN-USB PC interface is required.
For testing a CANopen Monitor such as CANopen Magic should be used. 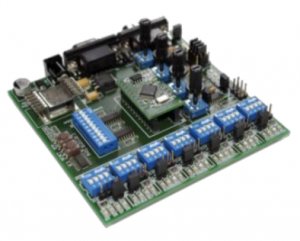 The evaluation board is intended for advanced evaluations. It provides:

For configuration and test any PEAK PCAN-USB PC interface is required.
For testing a CANopen Monitor such as CANopen Magic should be used.